My new book takes Einstein's Theory of Relativity and makes it far more Relative to mine.

Get the 1st Edition:  Suggest Edits to the AUTHOR - Give it a REVIEW - Help get more of the 'Good Universe' (GU) over here to our side (BU) 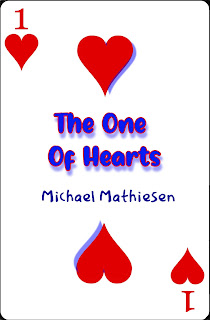 We see more and more evidence every day of the two parallel universes.  The one we're in is the 'Bad Universe', (BU) the Bizarro Universe.  I know that because in this universe, things are completely irrational like the normal deck of playing cards starting with the '2's, the deuces, not starting from ONE.  This book is a serious investigation of why things are so bizarre over on this side of the universe and how to get yourself back to the one where you belong - on the 'Good Universe' (GU)  But don't wait, the door may be closing soon

Prepare to have your Consciousness expanded beyond any limits you may have thought you had.
In this book, you'll learn about how a deck of cards predicted the greatest change in the way we view the universe in our history.  Don't worry - Einstein is right, as far as he goes, because his theories are all based on thought experiments that take place inside this universe.  The great Cosmic discovery of this century shall be that when you take Einstein's best thought experiments and put them outside of this universe, you get a twist and a spin about the fabric of space that mimics the actions of the smallest of things, yet something we all use and take for granted every day.
Before you begin reading this book, the author suggests that you remove a standard deck of playing cards and spread them across the table and examine every one of them.  If you're in this universe, the Bad Universe (BU), you'll find that there are no '1's in these decks.  None of the decks of cards in our universe contains any '1's because our universe is not rational and places no importance on logic and completeness.  Things are random over here and this is allowed to continue because we are in the universe where things can go completely wrong and we don't do anything about them.
In the other half of the universe things rarely if ever go wrong.  In the opposite universe, there are no stockpiles of nuclear bombs ready to go off and kill every living thing on the planet.  There are no Wars, no World Wars, nor any regional wars  either.  In the 'Good Universe' there are no pandemics that go beyond a few thousand people before a vaccine is created and everyone takes it to protect themselves and their neighbors and preventing the variants from making infections worse.  In the 'Good Universe' there was never a Civil War in the United States because the country was  never given a chance to own slaves because the founding fathers did not and never would own slaves.
In the 'Good Universe' you are much more likely to find your soulmate and he or she is much more likely to regard you as their soul mate too and everyone is in love most of the time.  This is the book that shows how  the 'One of Hearts' is the key to how anyone can escape this 'Bad Universe' and slide on over to where they truly belong.  It's easy really, but only if you are armed with and fully comply with all of the new Science put forth in this book and help put it into the top ten list of books.
When you look at your life, are there any times in your major events where you knew you could have avoided the worst ones or had a shot at the best of all possible outcomes had you known how to attract the right kind of energy.  In the other universe, you have learned how to do this far better than you do here.  We call this 'Twinning'.  Learn about how to get information from your twin on the other side of the universe where you are gaining ground every day and having only the best things happen to you and to our species.  Or remain here without thinking about it and try to withstand all of the horrific and catastrophic events that are now coming at us in greater and greater force and frequency. New ground-breaking science published here will blow your mind and take your breath away.

The One of Hearts is not only the first card in a deck of cards in the 'Good Universe', but it is also a way to think about the unity of our heart and mind in relation to the Cosmic Consciousness that the author proves exists with mathematical certainty.  The way out of all of our problems in this universe such as the greed, corruption, crime, climate crisis, pandemics, heartbreak etc. is to find the Information Crossover Points and use them to find your way over to the other universe, or in actual fact, make the other universe come over here to this one, the one we're in.  It's like reversing a reversible jacket.  You turn it inside out and you're wearing a completely new look for the price of one..

Posted by Author of The Green New Deal at 11:40 PM